We made the list!  Read more about Ardeo making the Inc. 5000 list for the second year in a row!

How Can You Take a Smart Approach to Student Loan Debt?

Madeleine Barr, AB ’16, is a cofounder of CommonCents, an app that helps college students use spare change to repay their loans. The start-up won the College New Venture Challenge in May.

My initial principal loan balance was about $28,000. I didn’t get any correspondence from my loan provider until I was a senior in college. When I got an email that said I had accrued $3,500 in interest, it felt huge to me. I definitely made more than that through on-campus jobs and paid internships during school, and I could have put that money toward my student loans. If the provider had been sending notices, maybe I would have been sending in money sooner.

Many students don’t understand that interest is accruing on your loans from your first day of college. Once the grace period expires, that interest is added to your balance, so then you’re paying interest on the interest.

There’s an app called Acorns that allows you to send spare change toward your investments. I wanted to use it, but then it occurred to me that my student loans are accruing way more interest than whatever return I would be getting from an investment app.

With CommonCents, you set a daily target that is your daily interest accrual on your loans. For the average student, that is $1.33 a day.

With CommonCents, you set a daily target that is your daily interest accrual on your loans. For the average student, that is $1.33 a day. You can set the app to round up your spare change on purchases and put it toward that target. You can also get a push notification: “You have 20 cents left. Do you want to hit your target for the day?”

If you hit that daily target from the time you’re a freshman in college, there will be no interest capitalized at the end of your grace period. Say the average student has $35,000 in loans. With accrued interest, she would pay about $57,000 by the time they’re done. But if he meets that $1.33 daily target, he can decrease that final cost by almost $20,000.

Student loans are a totally different category of debt. For a house or car, you pay it down over the period that you use it. For student loans, the repayment period may be only 10 years—yet you’re supposed to be using your education for your whole life. You should have 40 years to pay off your loans, not 10.

The dialogue around student loans is that people often will say, “Well, not everyone should go to college.” It makes me angry when people have the perception that it’s the students’ fault. There’s a lack of transparency about what people are getting into. If we can change perceptions, that will be really helpful.

Illustration by Chris GashChad Miles, ’13, is associate vice president of strategy and analytics at LRAP (Loan Repayment Assistance Program) Association, a for-profit company that partners with colleges and universities across the United States to help students overcome the burden of student loans, based on their postgraduation incomes. 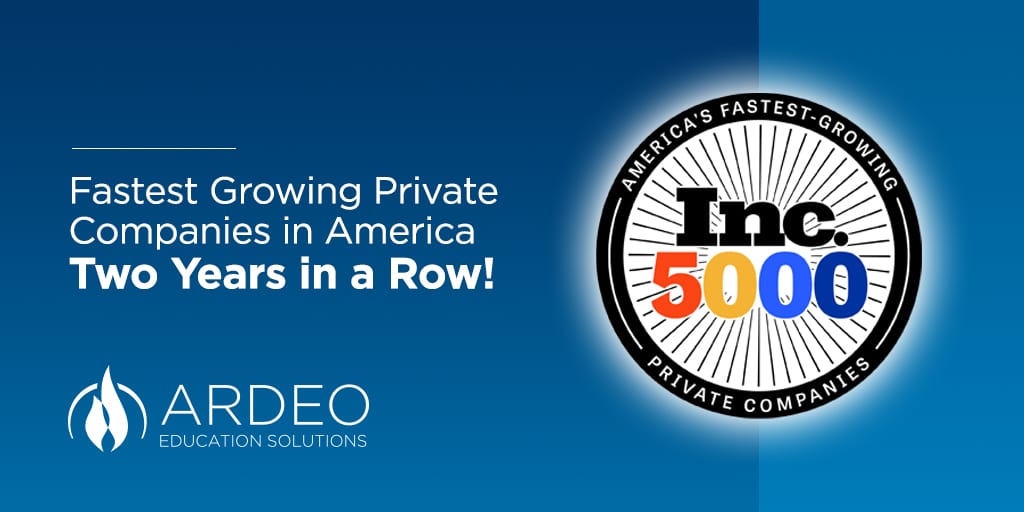 For the second consecutive year, Inc. Magazine has named Ardeo Education Solutions as one of America’s fastest growing companies. Validation of the work we do with our clients to make education more accessible to students and families. Thank you.